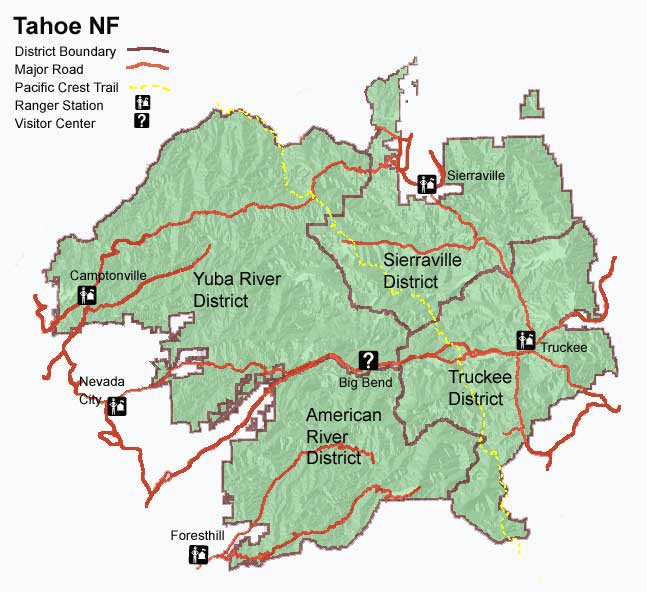 The Tahoe National Forest straddles the crest of the Sierra Nevada mountains in northern California, and encompasses a vast territory, from the golden foothills on the western slope to the high peaks of the Sierra crest.

Our Forest Headquarters is located in Nevada City, California, with District Offices in Foresthill, Camptonville, Sierraville, and Truckee. 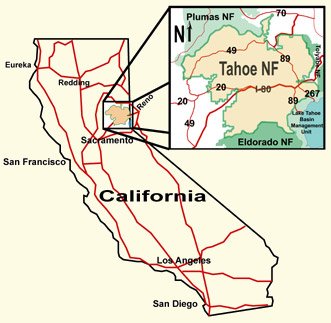